Poultry farming is laden with several niching options. The term ‘poultry’ refers to chickens, ducks, turkeys, and geese. The core focus is raising them for primarily meat and eggs. Chickens are usually the most common poultry farming focus. In fact, chickens are the ones with the biggest livestock population on our planet. There are roughly over 28 billion chickens in the world. Under that domain you can choose to settle for broilers (the most profitable), layers, or roadrunners. Other areas such ducks, turkeys, and geese are profitable as well. You just have to be sure about the presence of a market if you choose them.

Presently there are approximately 1 billion cattle in the world. There are over 1000 recognized cattle breeds globally. No wonder cattle farming is a lucrative option to consider. A cattle farming business is chiefly done for meat and milk production. Of course there are other profit-making products and services tied to cattle farming. Cattle farming comprises two major specializations namely, beef cattle and dairy cattle. Beef cattle are considered the most lucrative though; relatively hassle-free to do as well. It is reported that you can realize a gross margin of approximately US$350 per beast.

The primary purposes of sheep farming are meat and wool production. There are particular sheep breeds well suited to either. Mutton or lamb meat is highly regarded as special meat in many places. Other focuses are milk and skin (or hides) production. As such one would have to choose their sheep breeds carefully. Some of the top sheep producing countries are China and India, with sheep populations exceeding 1 billion. Sheep are generally low-cost and not that demanding to rear. Their exceptional ability to forage helps in that regard. You can expect to get profit margins of around 30 percent in sheep farming.

Goats are a profitable animal husbandry focus given the several niching options. Goats are mainly reared for meat production; milk production is also pertinent. The other key areas are goat fiber and skins. The demand for goat meat continues to rise worldwide. Of all the red meat consumed globally, goat meat accounts for over 65 percent. That is why starting a goat farming business will definitely pay off. Profit margins of 50 percent or more are characteristic in goat farming. Goats do not require that much in terms of shelter. Plus they are hardy farm animals that can thrive even in the harshest of environments.

The rearing or cultivation of fish is called pisciculture. It falls under the broad banner of aquaculture. Aquaculture is the cultivation of aquatic produce e.g. aquatic plants, fish, and other aquatic animals. It is on good record that the natural fish populations have been declining over the years. On the other hand, the demand for fish still continues to rise. That is why there is a steady increase in the number of people taking up fish farming. Fish farming is currently the fastest growing animal husbandry focus. You can get profit margins of 40 percent or more. Some of the top most cultivated fish species in the world are tilapia, salmon, and catfish.

Pig farming is one of the most recommended animal husbandry business ideas. If you were to randomly ask on which animal husbandry to start, chances are it will be pig farming. One of the reasons is the relatively short reproduction cycles of pigs. A sow (i.e. a female pig) can give birth twice in a year. On average, that sow can farrow and wean off at least 10 healthy piglets per birth. You can annually expect at least 20 healthy piglets per sow. Feed conversion in pigs is second best, trailing behind broiler chickens. There has always been high demand for pork in particular. Even during the COVID-19 pandemic that demand remained high. As such you can expect to make good profits. Profit margins of 60 percent or more are attainable in pig farming.

Bee farming, known as apiculture, is the keeping and maintenance of bees for commercial reasons. Bee farming is also known as beekeeping. The chief things produced from bee farming are honey, beeswax, and other edible products. The global honey industry was worth over US$8 billion in 2021. This year the value is now beyond US$9 billion. Bees are also central in the pollination of crops. It is said the role of bees in pollination of crops translates to billions of US dollars every year. This is because they increase the quality and quantity of crop yields. Bee farming is overall quite profitable. You can get on average anything between US$300 and US$600 in profit per bee hive in a year.

Rabbit farming which is called cuniculture is the breeding and rearing of rabbits for commercial purposes. Rabbits are mainly reared for their meat and fur. The total consumption of rabbit meat is roughly 1.5 million tonnes. China is the largest producer of rabbit meat in the world. It contributes over 60 percent to the global output. Worldwide there has been a steady rise of interest in rabbit meat. That is why there is now room to profit from rabbit farming. Both from domestic and export markets. After all, rabbits have a 4-week gestation, giving birth at most 9 times in a year. 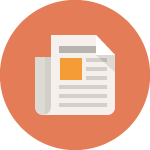